Order of Service for August 22 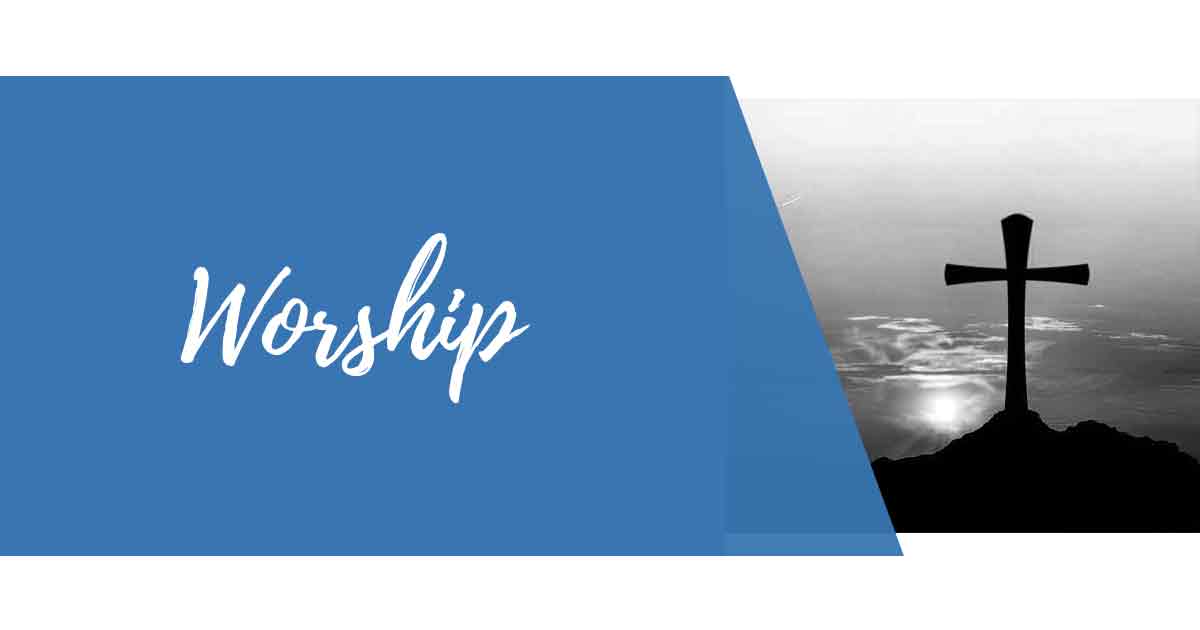 Order of Service for August 22

You are invited to worship with us at 11:00 am on Sunday, August 22, 2021.  Below, you will find the Order of Service so you can follow along and participate in the worship service. If you would prefer, you can also download a bulletin here:

Before we start, please share the live stream on your favorite social media site and invite your friends.

Opening Song: This Is My Father’s World

This is my Father’s world: why should my heart be sad?
The Lord is King; let the heavens ring!
God reigns; let the earth be glad!

P: Come into the presence of the Lord our God.

C: Have mercy, O Lord. If you, Lord, kept a record of sins, Lord, who could stand; but if we confess our sins, he is faithful and just to forgive us our sins and to cleanse us from all unrighteousness.

(a time of silence to reflect and personally confess our sins)

C: Heavenly Father, we confess that we are sinners.  We have sinned against you and our neighbors. We have not loved you with our whole heart and we have not loved our neighbors as ourselves. We justly deserve Your punishment.  For the sake of Your Son, Jesus Christ, have mercy on us.  Forgive us, renew us, and lead us, so that we may delight in Your will and walk in Your ways to the glory of Your holy name.  Amen.

P: The Lord is gracious and merciful. He promises to forgive our sins. Therefore, upon this, your confession, as a called and ordained servant of the Lord, in the stead and by the command of my Lord, Jesus Christ, I forgive you all your sins in the name of the Father and of the Son and of the Holy Spirit.

How deep the Father’s love for us, how vast beyond all measure
That He should give His only Son, to make a wretch His treasure
How great the pain of searing loss, the Father turned His face away
As wounds which mar the Chosen One, bring many sons to glory

Behold the Man upon a cross, my sin upon His shoulders
Ashamed, I hear my mocking voice call out among the scoffers
It was my sin that held Him there until it was accomplished
His dying breath has brought me life; I know that it is finished

The steadfast love of the Lord never ceases;
his mercies never come to an end; they are new every morning;
great is your faithfulness.
“The Lord is my portion,” says my soul,
“therefore I will hope in him.”

The Lord is good to those who wait for him,
to the soul who seeks him.
It is good that one should wait quietly
for the salvation of the Lord.
It is good for a man that he bear
the yoke in his youth.

Let him sit alone in silence
when it is laid on him;
let him put his mouth in the dust—
there may yet be hope;
let him give his cheek to the one who strikes,
and let him be filled with insults.

For the Lord will not
cast off forever,
but, though he cause grief, he will have compassion
according to the abundance of his steadfast love;
for he does not afflict from his heart
or grieve the children of men.

Reader: This is the Word of the Lord.
C: Thanks be to God.

We want you to know, brothers, about the grace of God that has been given among the churches of Macedonia, for in a severe test of affliction, their abundance of joy and their extreme poverty have overflowed in a wealth of generosity on their part. For they gave according to their means, as I can testify, and beyond their means, of their own accord, begging us earnestly for the favor of taking part in the relief of the saints— and this, not as we expected, but they gave themselves first to the Lord and then by the will of God to us. Accordingly, we urged Titus that as he had started, so he should complete among you this act of grace. But as you excel in everything—in faith, in speech, in knowledge, in all earnestness, and in our love for you—see that you excel in this act of grace also.

I say this not as a command, but to prove by the earnestness of others that your love also is genuine. For you know the grace of our Lord Jesus Christ, that though he was rich, yet for your sake he became poor, so that you by his poverty might become rich…

…For I do not mean that others should be eased and you burdened, but that as a matter of fairness your abundance at the present time should supply their need, so that their abundance may supply your need, that there may be fairness. As it is written, “Whoever gathered much had nothing left over, and whoever gathered little had no lack.”

Reader: This is the Word of the Lord.
C: Thanks be to God.

Sermon Hymn – Great Is Thy Faithfulness

Great is Thy faithfulness, O God my Father.
There is no shadow of turning with Thee
Thou changest not, Thy compassions they fail not.
As Thou hast been, Thou forever wilt be.

Summer and winter and springtime and harvest,
Sun, moon, and stars in their courses above
Join with all nature in manifold witness
To Thy great faithfulness mercy and love.

Pardon for sin and a peace that endureth,
Thine own dear presence to cheer and to guide;
Strength for today and bright hope for tomorrow,
Blessings all mine, with ten thousand beside.

Sermon – “Come to Jesus in Your Suffering”

And when Jesus had crossed again in the boat to the other side, a great crowd gathered about him, and he was beside the sea. Then came one of the rulers of the synagogue, Jairus by name, and seeing him, he fell at his feet and implored him earnestly, saying, “My little daughter is at the point of death. Come and lay your hands on her, so that she may be made well and live.” And he went with him.

And a great crowd followed him and thronged about him. And there was a woman who had had a discharge of blood for twelve years, and who had suffered much under many physicians, and had spent all that she had, and was no better but rather grew worse. She had heard the reports about Jesus and came up behind him in the crowd and touched his garment. For she said, “If I touch even his garments, I will be made well.” And immediately the flow of blood dried up, and she felt in her body that she was healed of her disease. And Jesus, perceiving in himself that power had gone out from him, immediately turned about in the crowd and said, “Who touched my garments?” And his disciples said to him, “You see the crowd pressing around you, and yet you say, ‘Who touched me?’” And he looked around to see who had done it. But the woman, knowing what had happened to her, came in fear and trembling and fell down before him and told him the whole truth. And he said to her, “Daughter, your faith has made you well; go in peace, and be healed of your disease.”

While he was still speaking, there came from the ruler’s house some who said, “Your daughter is dead. Why trouble the Teacher any further?” But overhearing what they said, Jesus said to the ruler of the synagogue, “Do not fear, only believe.” And he allowed no one to follow him except Peter and James and John the brother of James. They came to the house of the ruler of the synagogue, and Jesus saw a commotion, people weeping and wailing loudly. And when he had entered, he said to them, “Why are you making a commotion and weeping? The child is not dead but sleeping.” And they laughed at him. But he put them all outside and took the child’s father and mother and those who were with him and went in where the child was. Taking her by the hand he said to her, “Talitha cumi,” which means, “Little girl, I say to you, arise.” And immediately the girl got up and began walking (for she was twelve years of age), and they were immediately overcome with amazement. And he strictly charged them that no one should know this, and told them to give her something to eat.

P: This is the Gospel of the Lord.
C: Praise be to You, o Christ.

I believe in God, the Father almighty,
maker of heaven and earth,

And in Jesus Christ, his only Son, our Lord,
who was conceived by the Holy Spirit,
born of the Virgin Mary,
suffered under Pontius Pilate,
was crucified, died and was buried.
He descended into hell.
The third day he rose again from the dead.
He ascended into heaven and sits at the right hand of God
the Father almighty.
From there he will come to judge the living and the dead.

I believe in the Holy Spirit, the holy Christian Church,
the communion of saints, the forgiveness of sins,
the resurrection of the body, and the life everlasting. Amen.

Our Father who art in heaven, hallowed be Thy name, Thy kingdom come, Thy will be done on earth as it is in heaven.  Give us this day our daily bread; and forgive us our trespasses as we forgive those who trespass against us; and lead us not into temptation, but deliver us from evil.  For Thine is the kingdom and the power and the glory forever and ever.  Amen

P: The peace of the Lord be with you all.
C: And also, with you.
P: We greet each other in the peace of Christ.

Closing Song – Because He Lives (Amen)

I was dead in the grave. I was covered in sin and shame
I heard mercy call my name. He rolled the stone away

Prayer Meeting Tonight on Facebook at 7:30pm. Send prayer requests to Kurt@FaithWesleyChapel.com prior to the time of prayer, preferably before[...]

In life sometimes you may feel unimportant or that you do not matter, but is that really true?[...]